In spring 2012 We  went to Chicago to document the Footwork Scene filming  episodes of beat this, just jam, dance battles & in depth interviews. When we got home and started reviewing the footage we realised we had just filmed our first full length documentary

A scene ingrained in the lineage of the City itself, filled with effervescent dancers, storytellers and beat makers. It was single handedly the most unique and in-depth tour we had ever experienced.

Featuring key players on the scene, such as DJ Rashad, DJ Spinn, Manny, Traxman and Arpebu. The team navigated through the South and West sides of the windy City living with the GHETTOTEKNITIANZ or as they fondly refer to them self members of Teklife.

They slept on floors, sofas and in dodgy motels with their charming hosts.
All the while managing to obtain un-seen footage from the finest Producers, Footworkers and the good people of Chi-Town.
It’s taken our team a long and painstaking while to put this together.
We hope to do the people who shared their homes, talent and ultimately their lives with us, proud.
Produced & Directed by Tim & Barry 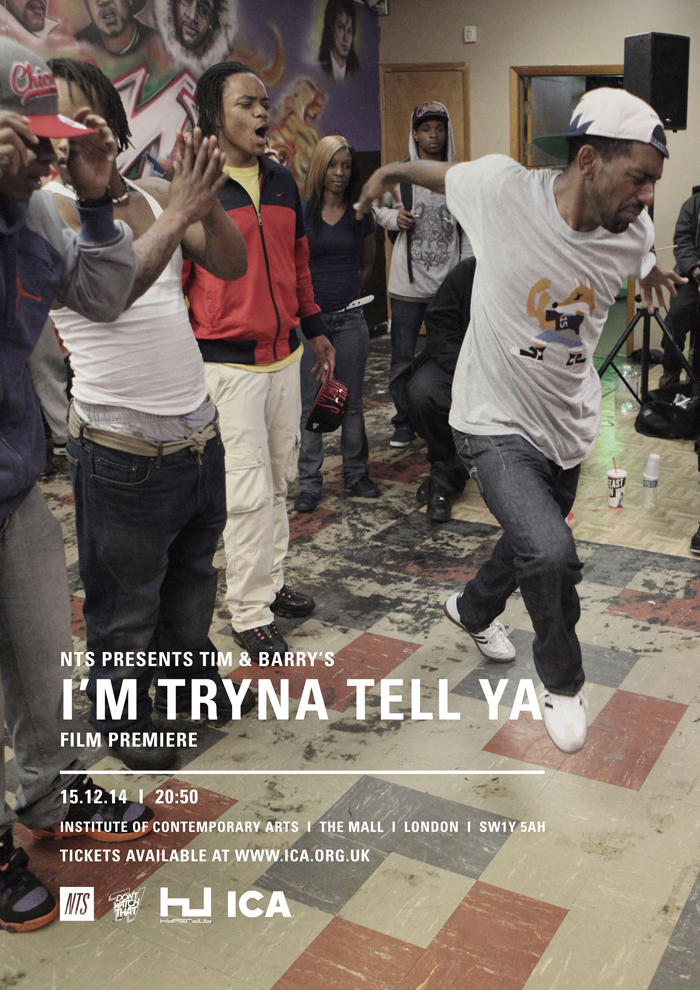 Im Tryna Tell Ya was premiered in the UK at the ICA, Premiers were also screened in New York, Shanghai, Osaka